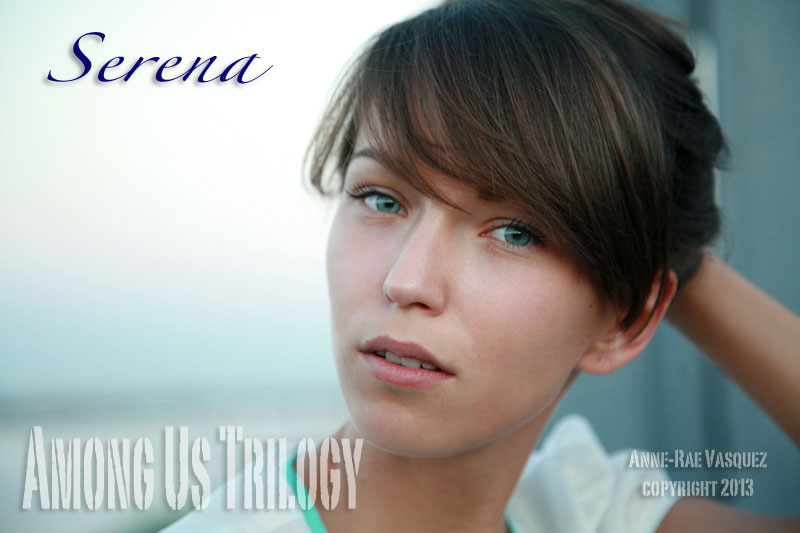 Serena Keensky – helps the homeless, works days a week at a financial institution and on the weekends at a high end department store in Manila. Her father is the ambassador at the Russian consulate. She volunteers at Global Nation Philippine headquarters. She entertains herself by playing Truth Seekers virtual online game.

This is Serena’s diary of her missions, her thoughts and ideas.

Attention: Macqueline.  You have been assigned the character Serena Keensky. Please review the Mission #1 below.   You have 7 days to complete this mission.

Serena bent over to kiss her father good night. He barely moved, his steel grey eyes glued to his iPad, reviewing his notes from his consular meetings that day.

He mumbled something that resembled “good night”, kissed the top of her head without removing his eyes from the device.  She straightened herself, turned and walked out of the room.  Ever since the riot that devastated downtown Manila and the reports of hundreds of people who went missing a few weeks ago, her father had stayed past office hours at the consulate every night.

Her thoughts raced as she walked down the hallway. Suddenly she felt a hand on her left shoulder. Parts of her wanted to start running but instead she froze in her tracks. The citrus and woody scent of “Man”, Bvlgari’s popular cologne enveloped her nostrils.  She must have sprayed that scent on thousands of customers last summer during the “Shangri-la Plaza’s Back to School” promotion.

“Don’t be scared Serena. We need to talk,” a deep voice whispered in her ear.

She nodded her head and continued down the hall. The stranger pressed his hand into the small of her back. She could feel his firm body through her pink cotton pajamas as he guided her down the corridor.  She squinted to see her reflection in the twenty foot mirror at the end of the hallway.  Her short blonde hair pulled back in a pony tail, revealed her pale white skin. She appeared more like a bewildered child and not the confident twenty-two year old she was known to be among her circle of friends.  As they walked closer towards the mirror, she could faintly see the outline of her captor, his hooded jacket hid his facial features. Possibly just under six feet tall, his frame overshadowed her mere five foot two inches of height.

‘This is your room here. Let’s go inside.” It was more of a request than a command.

Why did he sound so familiar? Who was this person?  She opened the door into the darkness of the room. Her hand reached out for the light switch, an automatic reaction. Before she realized that this stupid move could cost her her life, he grabbed her hand and  held it tight.

“Let’s keep the lights down for now.”

The moonlight streamed streaks of light through the open window onto her bed. Her bed was perfectly made, the sheets tucked in just as her mother had instructed her maids to do.  Instead of worrying what was going to happen next, her thoughts focused on the freshly laundered sheets with the scent of the softener still on the fabric.  If the maid did not do perfect hospital corners, her mother, on a good day, would dock her a day’s wage.   On a bad day, she would send the poor girl home packing.

Sheena shook her head. Why had her thoughts wandered away from the urgency of the moment?  She could have easily caught her captor by surprise and kneed him in the groin or better yet gouged his eyes out if she wanted to.  Having taught self-defense classes at Global Nation for the past two years, why had she not taken advantage of this talent?

Unsure of what his intentions were, she sat down on the corner of her bed, obeying his command.  Her eyes moved up his dark pants, up his jacket until it reached his face.  He raised his arm. She held her breath anticipating a blow but realized he had removed his hoodie from his head. Before she could react, he sat down beside her, removing the backpack on his shoulder onto the bed beside him. He fumbled for a minute and brought out a square object.  He placed it onto his lap and then opened it. The bright light from the laptop caught her by surprise.

“What is this? Who the hell are you?” she yelled.

He turned to her, his blue eyes piercing into hers. His lips curled into a smile, like a child caught stealing a cookie from the bakery.

“Harry… Harry Doubt. Nice to finally meet you in person. I have a mission for you.”

Some facts:  Harry has presented you with a mission to steal a disc from her father.  The disc contains some secret data that the Russians have gathered that could reveal the illegal activity that Global Nation has done in the Philippines.  Many Philippine citizens have “disappeared” or have gone missing in the last year. Global Nation has been offering help to the local police and army to try to find out about the disappearances. Harry and the Truth Seekers need to find out what is on the disc as it would help solve the mystery of his own mother’s disappearance and the disappearances of their loved ones.

Action: Please include photos of locations, or events (ie. apartment, or street) as this will help others in the team visualize the events. We suggest you take photos with your phone camera. Click on the Add Media button above to upload your images.
Good luck with your mission. If it is successful, we will integrate the event you describe into the future chapter.  You will be given credit on the Acknowledgement page.

Good luck with the mission,
Harry Doubt
——–
Action: Follow the instructions in the screencast below to edit this page. Your edits will be reviewed and edited as needed by me before publishing.

NOTE: If the instructions below are too difficult, simply scroll to the bottom of the page and reply with your completed mission answers.