Home Blog Is it true that Google is triggering a robot apocalypse by acquiring Boston Dynamics?

Is it true that Google is triggering a robot apocalypse by acquiring Boston Dynamics?

What are Google’s plans with having robot developer  companies in its back pocket? 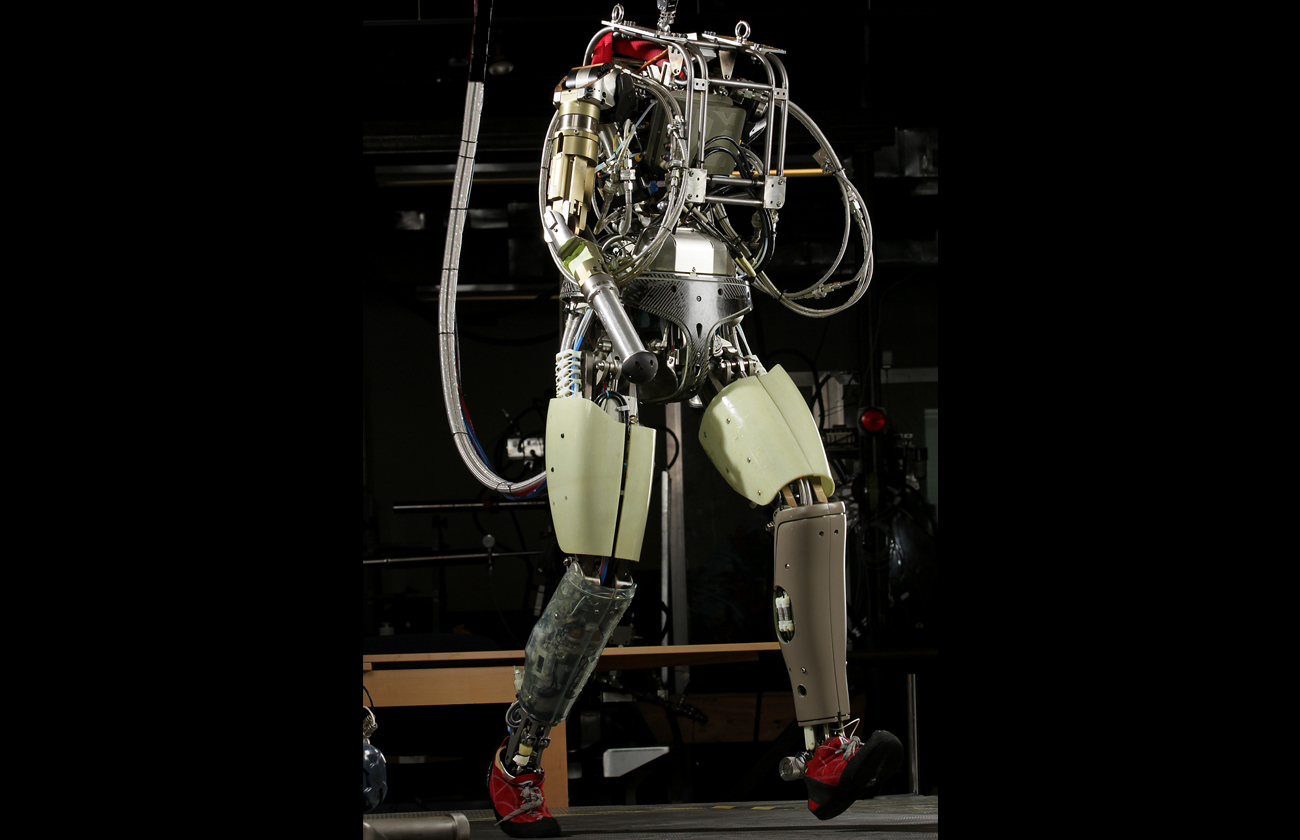 We posted an article earlier this month where a robot was demonstrating how it could fold laundry.  On a less amusing note, Google acquired on Friday December 13th, a robotics firm Boston Dynamics which develops robot soldiers and animals for DARPA (Defense Advanced Research Projects Agency).  It brings to question about how close are we to having Ironman soldiers on the ground fighting battles against weaker less advanced countries or nations?

You want proof? Here’s the proof!

Mark O’Connell posted his thoughts in his article for Slate:

“… the robotics firm Boston Dynamics, which was bought by Google last week. Before the acquisition, the company was probably best known for the DARPA-funded BigDog project, a four-legged robot developed to serve as a high-tech pack mule for soldiers on rocky and hilly terrain. The robot is capable of running, climbing and carrying extremely heavy loads on its “back.” To me, though, it’s most noteworthy for the peculiar unease that comes from observing its movements. I’ve been keeping a nervous eye on Boston Dynamics and its doings ever since I came across a video of this unholy creature about a year ago. Just look at the thing, for God’s sake: Look at it skittering in blank panic over a patch of ice; look at it trotting jauntily across a factory floor, and picking its cautious way over a pile of cement blocks.

Why exactly am I so creeped out by these videos? These are, after all, only machines, assemblages of metals and plastics controlled by microchips; but observing them, I feel something close to the kind of revulsion I normally feel only for actual living creatures—cockroaches, say, or moths (the less said about which the better). And this is surely at the center of it: the fact that these machines seem so organic, so close to something that is alive. It’s as though they are performing a kind of grim parody of living things, an unsettling approximation of the movement and bearing of flesh-and-blood animals.”  – Mark O’Connell, Slate

“On Friday, Google confirmed to The New York Times that it had acquired Boston Dynamics, an engineering company that has previously designed robots for the Pentagon. It’s the eighth robotics company Google has acquired in the last several months as part of its newest pet project.

But what does this mean for you? Part of you should be curious for what these two innovative companies can create together. Much of Boston Dynamics’ work involves creating robots that will help soldiers at war or in disaster zones.

But, perhaps you should also be afraid. Be very afraid.

Because the robot apocalypse is coming.”  –  The Huffington Post  |  By Drew Guarini

We will be told that this is all to protect us from the “bad guys”. But clearly anyone with power and money can get their hands on these robots. Who will be the “bad guys” then? So do we just sit and wait for this inevitability? Or is it too late?