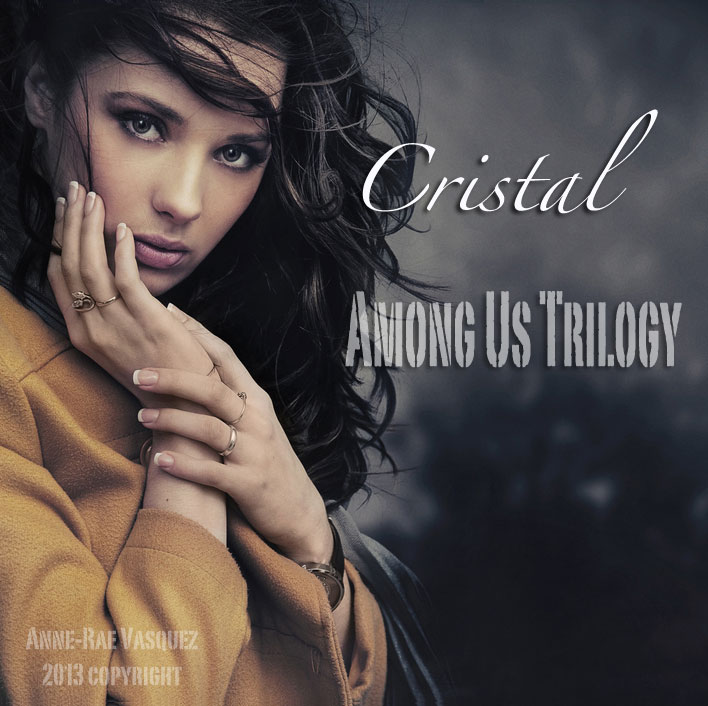 Cristal Hernandez – rising star in the programming department at Global Nation. She finished university with honours and was the most sought after graduate in her class. She is addicted to her online games including Harry Doubt’s Truth Seekers. She is a non-believer.
This page is her diary journal where she writes her thoughts, ideas, theories and notes.

“Cristal, we hacked into the Global Nation database and found some information that might help Gabriel  find out what happened to his  family. Meet him in 10 minutes to show him the files.  Bring Kerim with you as backup.
You are the only one who can decode all the encrypted data. But only do this if Kerim is with you.” — Harry

She looked down at her watch. She had been standing outside the Global Nations building for thirty minutes. What was taking him so long?

Before she started texting Harry, she heard an engine roar from a distance. She looked up and saw Kerim Ilgaz, dressed in a leather jacket and black jeans riding into the Global Nations parking lot on his Harley.  He slowed down and then stopped his bike in front of her.  He removed his helmet, his dark wavy hair was slicked back. He removed his sunglasses to reveal his dark grey eyes.  Her heart skipped a beat. He waved for her to climb onto his bike and handed her a black helmet.  She paused only for a moment so as not to show her apprehension, and quickly put on the helmet. She stood in front of him. Was he going to help her on?  Instead, Kerim gave her a wink and motioned with his head for her to climb on.

He looked so inviting. He reached out his hand. She held it as he helped her on.

“Hold tight Cristal,” he called back to her.

Cristal leaned close to him, feeling the warmth of his body against hers. She closed her eyes as he started the motorcycle, the sound of the motor roaring underneath her.  She treasured the moment hoping it would last forever but no sooner the thought entered her mind, they arrived at Gabriel’s apartment.

Now back to the mission on hand.  They entered the building and entered the elevator. They rode in silence until they reached the fifth floor. She led Kerim to Gabriel’s apartment.  Cristal looked at Kerim briefly before knocking on the door.  He nodded his head and gave her a wink. She felt her cheeks blush red.

The door opened a crack, then swung open wide. Gabriel gave her a warm smile.

Cristal opened her mouth to speak when she heard Kerim cough.  Gabriel’s eyes widened and his smile disappeared.  He looked over her shoulder, noticing her companion behind her.

My name is Kerim. Harry recently recruited me to the Truth Seekers.”

“Harry never told me about you. And he never said you’d be coming here.  You can stand out here. I want to speak to Cristal. Alone.”

*She frowned, surprised that Harry didn’t tell Gabriel that she wasn’t coming alone. He knew that they had to be careful.  She understood Gabriel’s hesitation about having Kerim show up at the door unannounced. After all, he was new to the Truth Seekers and his attitude wasn’t helping matters. She knew if she lost her temper, Gabriel wouldn’t let either of them in. The point was that there was a job to do and only she could do it. She took one step forward.

“Well, I don’t know why Harry didn’t tell you about Kerim coming with me, I guess he forgot? He has a lot on his mind and he is determined to find out what happened with your family.”

She reached for his hand.

“Gabriel, we all are here to help each other. Please let us in so I can do my part.”

He looked at her but stood still. She stepped closer, letting her eyes meet his stare.

Her voice, just above a whisper but with an authoritative tone, she said,

“You know I am the only one that can decode all that encrypted data. You don’t even need to look at Kerim.  Just focus on me. I am not going to help decode the data unless you agree to let us both in.”

* congratulation Jo.  Your contribution will be added into the chapter.

Go to Mission #2 to find out what happens next.

Some facts: Your data files can only prove that Gabriel’s family’s disappearance was tied to Global Nation in some way. There is too much data to decode. Nobody has the programming skills to do this but you.
Action: Please include photos of locations, or events (ie. apartment, or street) as this will help others in the team visualize the events. We suggest you take photos with your phone camera. Click on the Add Media button above to upload your images.
Good luck with your mission. If it is successful, we will integrate the event you describe into the future chapter.  You will be given credit on the Acknowledgement page.
Harry Doubt
——–
Action: Follow the instructions in the screencast below to edit this page. Your edits will be reviewed and edited as needed by me before publishing.