Blame everything on Mercury Retrograde

Hey, Truth Seekers book club members! In this post, you can enter our Rafflecopter giveaway of the Kindle ebook box set of: A Game of Thrones 5-Book Boxed Set (Song of Ice and Fire Series). If you are not a member yet, just click here to join. 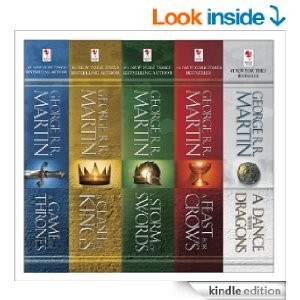 a note from author Anne-Rae Vasquez

For the past two weeks, I’ve been encountering unusual things and feeling completely discombobulated (I think that’s a real word).  It’s really messed up my schedule and so I’m a bit behind writing Reveal, book 3 of the Among Us Trilogy which is getting my developmental editor Josefina all antsy and stressing me out even more!

Thankfully, Nicole, my creative consultant, was able to reassure me that I’m not completely losing it. My feeling of being out-of-synch is all due to a simple fact: Mercury Retrograde.

What exactly is this Mercury thingy?

Okay, it’s a bit far fetched even for me but if you know a little bit about astrology, basically when Mercury passes Earth and slows down as it turns on its orbit, this is when the retrograde happens. And that’s when all the crazy stuff hits the fan.

“Three or four times a year, Mercury passes the earth in its orbit. As it rounds the bend, Mercury slows down and appears to stop, or station, and spin backward — otherwise known as retrograde. Of course, it really ISN’T moving backward, but much like two trains or cars passing each other, this creates the optical illusion that Mercury, is in this case, going backward.

In astrology, Mercury rules communication, travel, and technology — so all of these areas go haywire for about three weeks, with today (Jan. 21) marking the beginning of the chaos.” – Mind Body Green

Seriously, what can really happen during this retrograde?

Watch the video above to find out how this Mercury Retrograde affected me, Josefina,
my cousin Pinky and the authors from my show Fiction Frenzy TV

Update – Winners announced! Thank you to everyone who participated.

Congratulations to the winners!

The winners of our Valentine Rafflecopter are… drum roll please…

To ease your Mercury Retrograde worries, we are getting ready for the big V day by giving away a Kindle ebook box set of: A Game of Thrones 5-Book Boxed Set (Song of Ice and Fire Series) with a bonus prize of a $10 Amazon gift card!

a Rafflecopter giveaway
*Winner(s) are chosen based on verified entries and total points. *Winner(s) will be contacted if they win and have 3 days (72 hours) after email is sent to claim their prize. If the prize is not claimed within the time frame of 72 hours, a new winner will be chosen. * The new winner will have 3 days (72 hours) from the time of notification to claim their prize. *Truth Seekers book launch team reserves the right to end a giveaway early without notice or prolong if it is deemed necessary.* Truth Seekers book launch team reserves the right to disqualify an entry. * Truth Seekers book launch team is not responsible for lost or damaged items. *Contest open only to the following countries United States, Australia, Brazil, Canada, China, France, Germany, India, Italy, Japan, Mexico, New Zealand, Spain, United Kingdom, Philippines 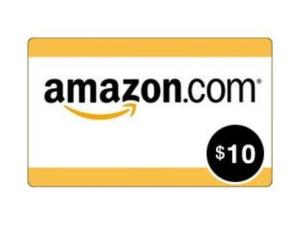 Fun facts about the video

Behind the Scenes of Fiction Frenzy TV: Authors Cairn Rodrigues (http://www.thelightstealerssong) and Khaled Talib (http://www.khaledtalibthriller.com) cancel their VLog videos due to a bad case of Mercury Retrograde which messes up Josefina Rosado (developmental editor) and Anne-Rae Vasquez’s (author of the Among Us Trilogy http://amongus.ca) plans for this week’s show. Pink Aquino (Anne-Rae’s cousin) gets promoted to Editorial Assistant and warns about the dangers of Mercury Retrograde.

Here are the Do’s and Don’ts of surviving the effects of MetroGrade: http://bit.ly/15WBHK8

Trivia:  This video and all our episodes were shot on a Samsung Galaxy S3 cell phone.