Thank you to everyone who participated in our Giveaway. Winners will be contacted directly by the authors via email. Check your email inbox this week. We have also posted the winners on our Facebook page. Congrats!

To celebrate the release of  “I am Titanium” by John Patrick Kennedy, we are giving away four $25 Amazon gift cards, paperback of “I am Titanium”, paperback of “Lethal Weapon” by Max Tomlinson and Anne-Rae Vasquez’s “Doubt and Resist” with Kindle book prizes from authors Khaled Talib, Cairn Rodrigues, Christine Steendam and Adam Tarsitano.

*Winner(s) are chosen based on verified entries and total points. *Winner(s) will be contacted if they win and have 3 days (72 hours) after email is sent to claim their prize. If the prize is not claimed within the time frame of 72 hours, a new winner will be chosen. * The new winner will have 3 days (72 hours) from the time of notification to claim their prize. *Truth Seekers book launch team reserves the right to end a giveaway early without notice or prolong if it is deemed necessary.* Truth Seekers book launch team reserves the right to disqualify an entry. * Truth Seekers book launch team is not responsible for lost or damaged items. *Contest open only to the following countries United States, Australia, Brazil, Canada, China, France, Germany, India, Italy, Japan, Mexico, New Zealand, Spain, United Kingdom, Philippines 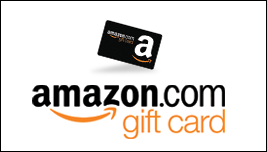 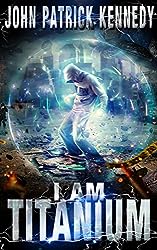 Pax is a teen-age genius who learned to contact the astral plane and communicate with a being who lives there.

He’s also dying. So when Pax’s astral mentor offers him a chance at life and power greater than any human has ever possessed, in exchange for helping the astrals inspect Earth, Pax jumps at the chance.

What happens next sets off a series of events that change Pax and his friend Scarlett forever…  Partly because the astral beings have their own agendas, and for some of them, mankind’s survival means very little.  And they’re not even the biggest threat…

When the soldiers shot her father, she took an oath—and the name the rebels gave her.

‘Inez’ avenged her father. Then she was ready to move on. She had no more need for Inez. But it wasn’t that simple. They said she couldn’t just walk away. She had one last mission: deliver a package to the City of Fury—Buenos Aires.

What could possibly go wrong? Murder. Kidnapping. Betrayal. Everything…

The Among Us Trilogy questions what is beyond the reality of this world and ties in different supernatural religious beliefs. of God, Heaven, Purgatory and Hell, angels and demons apocalypse, spirituality and fantasy by mixing themes from shows like Fringe and Supernatural to create an end of the world religious paranormal mystery thriller.

Harry Doubt, a genius programmer and creator of the popular online game ‘Truth Seekers’, has a personal mission of his own; to find his mother who went mysteriously missing while volunteering on a peacekeeping mission in Palestine. His gaming friends and followers inadvertently join in helping him find her; believing that they are on missions to find out what has happened to their own missing loved ones. During Harry’s missions, Cristal and the team of ‘Truth Seekers’ stumble upon things that make them doubt the reality of their own lives. As they get closer to the truth, they realize that there are spiritual forces among them both good and evil, but in learning this, they activate a chain of events that start the beginning of the ‘end of the world’ as they know it.

At an ancient café in Cairo, two veteran spies plot a covert mission to resolve — once and for all — the Israeli – Palestinian conflict. The pledge: Israel will make a major concession as part of the peace treaty. In Singapore, Jethro Westrope, a magazine journalist, stumbles onto the scene of a murder: the beautiful Niki Kishwani directs him, in her last breath, to a digital recorder, evidence that puts Jethro’s life in serious danger. And, much worse, he is framed for Niki’s murder. Jethro sets out to find Niki’s killer and is drawn into a web of deception and intrigue involving officials from the Singaporean, Israeli, and American governments, each with a complex, competing, and potentially deadly agenda. Against this pulse-pounding backdrop, Jethro races to find answers and save himself —yet nothing is as it seems. He finds himself at the centre of a political plot so diabolical and sweeping in its world implications that he is stunned to discover tomorrow’s news headlines today. He is being set up not only as a murderer but as an assassin, and something much larger than his own fate is in his hands.

Questions surround the Prospector with every step he takes. Why did the shadowy Boss sire the first Prospector a thousand years ago? What nameless treasure has the unbroken line of brothers been searching for? And how many years must he spend looking? He knows that he is the last Prospector, the last man to be handed the title and mission of the Brotherhood. He is destined to find that treasure, but what happens when he does?

No one deserves to be invisible. No one deserves to be unseen. Saber August is the prince of the world. Heir to his grandfather’s empire and next in line as prime minister, nothing is out of his reach. But when a past nightmare comes to haunt him, his life takes an unexpected turn. Aaron August has always lived in the shadow of his older brother. Ignored and never quite good enough, all he wants is the approval and respect of his grandfather. All he wants is to take Saber’s place. But when a war erupts between the humans and the clones, each man has to choose a side. Fight for the clones, a race considered less than human, or stand by their family and everything they’ve ever known.

Broken Birdie Chirpin is the quintessential rock n’ roll coming of age novel. It tells the story of a watershed year in the life of a gifted, but mostly maladjusted, teenage rock n’ roller. He embarks on a whirlwind journey from mysterious loner through the upper echelons of the vibrant London music scene in search of his rock n’ roll fantasy.

The Chronicles of My Paranormal Romance: Slide into the “true” story of an author’s epic journey through the titillating world of paranormal romance. Embrace the Dark Lust.