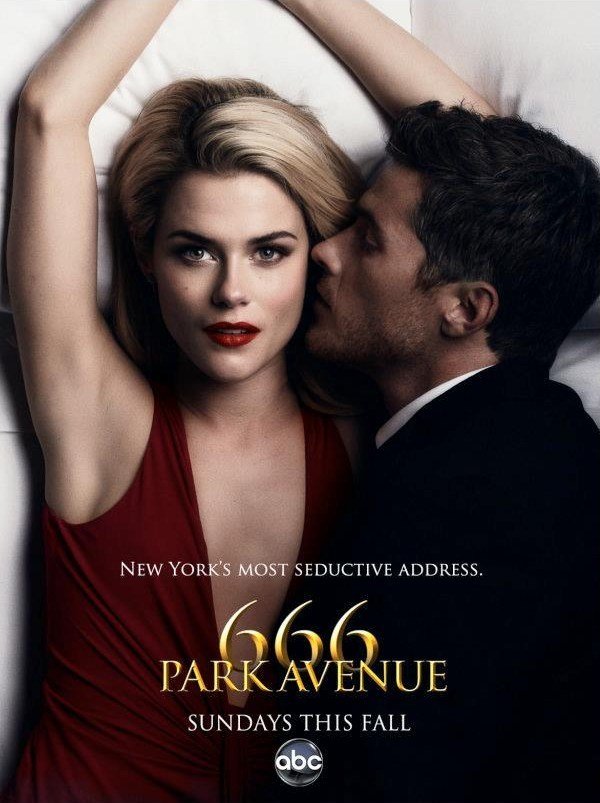 After the Fringe TV series ended we here at Truth Seekers headquarters were itching to find another show with the same calibre of high quality production that included a great cast, intriguing and believable characters and a thrilling supernatural intelligent story arc.

Although, we enjoyed shows like Haven, Continuum and Sherlock, they fell considerably short of the intensely driven characters and story lines  that the  J.J. Abrams’ Fringe series delivered.

Here is a synopsis from IMDB.com:

“If you could make one wish, what would it be? And what would you do to get it? At 666 Park Avenue, all of your dreams and burning desires can come true: wealth, sex, love, power, even revenge. But just be careful what you wish for, because the price you pay… could be your soul. Welcome to The Drake, the premiere apartment building on Manhattan’s Upper East Side. Owned by the mysterious Gavin Doran (Terry O’Quinn – Lost) and his sexy wife Olivia (Vanessa Williams – Desperate Housewives), The Drake is home to dozens of residents who are unaware they’re living in the dark embrace of supernatural forces. They think their dreams are all coming true, only to find they’ve been lured into making, what feels like, a deal with the Devil. When a young Mid-western couple – Jane Van Veen (Rachael Taylor – Charlie’s Angels, Grey’s Anatomy) and Henry Martin (Dave Annable – Brothers & Sisters) – is hired to manage The Drake, they soon discover that evil, obsession, and manipulation has a home. Allow yourself to be seduced by 666 PARK AVENUE, and unravel the mysteries of this devilish new drama from Alloy Entertainment (Gossip Girl, The Vampire Diaries, Pretty Little Liars) and executive producers David Wilcox (Fringe, Life on Mars), Leslie Morgenstein (Gossip Girl, The Vampire Diaries) and Gina Girolamo (The Secret Circle, The Lying Game).” —for full details, go to IMDB.com

From the first episode, the characters jump to life.  The cinematography is fantastic and the music sound track haunting and bone chilling.  The acting by Terry O’Quinn (Lost) who plays the sinister Gavin Doran and Rachael Taylor (Grey’s Anatomy) who plays the lead character Jane Van Veen are top rate.  Just as in Fringe, we liked how we are introduced to the characters and the story–just ordinary people you would see every day in a normal world.  But as Jane starts to notice strange things at the Drake, we as viewers begin to wonder if there is something sinister behind all the glamour and fancy interiors of the building.  The build up is perfectly paced and each character is introduced with just enough air time to intrigue the viewer and is only reintroduced later when it is vital to the story.  There is very little waste of dialogue and scenes in this show.

Kudos to David Wilcox, executive producer and the rest of the cast and crew on 666 Park Avenue.  It is a difficult feat to be compared with Fringe, in our opinion at least, but 666 Park Avenue comes very close to it if not beats it. It is notable to point out that the show is loosely based on a novel of the same name by Gabriel Pierce.

We started watching Season 1 at 8 pm and went into back to back episodes until 1:30 am last night.  We might have watched an all-nighter if we didn’t have commitments the next day.

You can watch the full series on Netflix or iTunes subscription.