Sign up for a free Advance Reader Copy ebook 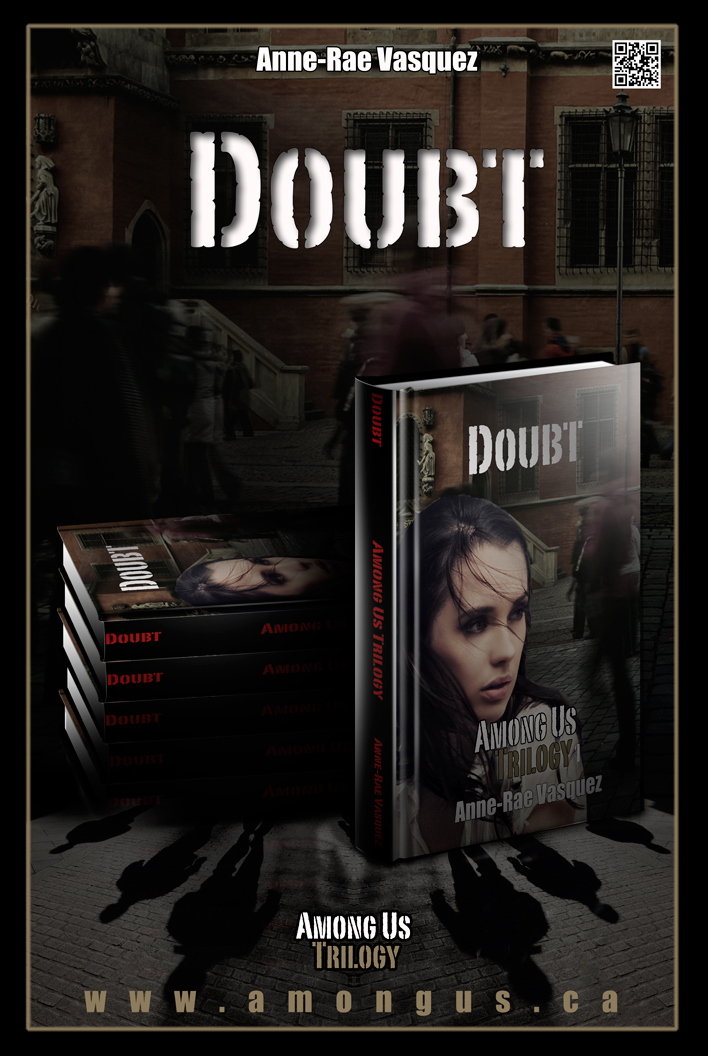 Poster reveal – Doubt Among Us Trilogy

Geeks unite! We need your help to share the news

* To qualify to win contests, you must participate in missions as described in the contest. 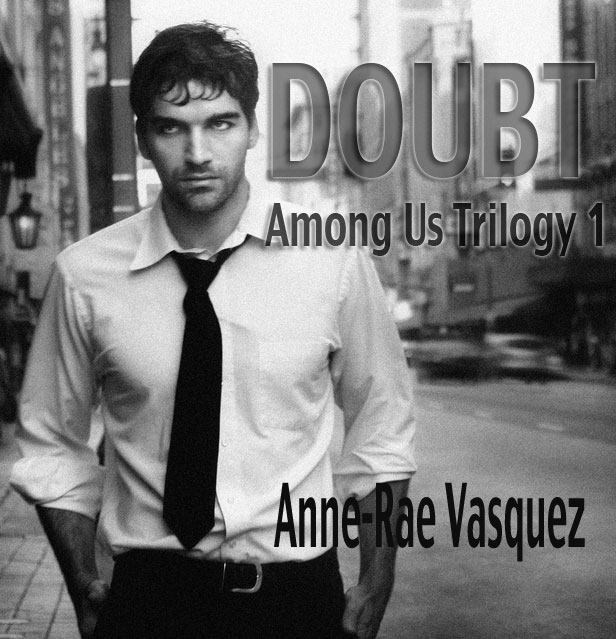 At 21 years old, Harry and Cristal are fresh out of university with their PhD’s. Labeled all their lives as being ‘weird’ and ‘geeky’, they find true friendships with other outcasts by playing online virtual reality games. Now they face the challenges trying to get used to their ‘adult’ identities.

Harry Doubt, a genius programmer and creator of the popular online game ‘Truth Seekers’, has a personal mission of his own; to find his mother who went mysteriously missing while volunteering on a peacekeeping mission in Palestine. His gaming friends and followers inadvertently join in helping him find her; believing that they are on missions to find out what has happened to their own missing loved ones.

During Harry’s missions, Cristal and the team of ‘Truth Seekers’ stumble upon things that make them doubt the reality of their own lives. As they get closer to the truth, they realize that there are spiritual forces among them both good and evil, but in learning this, they activate a chain of events that start the beginning of the ‘end of the world’ as they know it.

What’s behind the story? A note from the author:

The special edition of Doubt is to remember Aaron Swartz, an internet prodigy who was ‘behind some of the Internet’s defining moments, soaring to heights that many developers only dream of–CNN‘ and an activist.

At that time, I was shaping out who would be the hero of my story and I decided that I wanted someone like Aaron, intelligent beyond his years, courageous and a seeker of truth and justice. My book Doubt is a tribute to Aaron’s memory and also an inspiration for all young people to uphold Aaron’s determination that anyone can use their talents to help make the world a better place. I also was inspired by Harry Fear’s fearless coverage of the conflict in the Middle East.

Both Aaron and Harry are real truth seekers and were the main inspiration for the main character Harry Doubt.

“[Aaron] used his prodigious skills as a programmer and technologist not to enrich himself but to make the Internet and the world a fairer, better place.” – Remember Aaron Swartz

I have taken this same theme of Truth Seeking and applied it to the fictional story ‘Doubt’.

“…This novel contains a mixture of interesting genres, including fantasy, thriller, adventure, mystery and even romance. The letter in the beginning written to “truth seekers” was a nice touch; a good way to foreshadow what is about to happen.

“Doubt is book 1 of an intriguing and exciting trilogy by Anne-Rae Vasquez. With enjoyable, vibrant young characters fighting a frightening unknown entity in a world that is about to self-destruct, Doubt will definitely appeal to readers of all ages who love sci-fi supernatural thrillers.” – Owen Choi, author of Amazon Best Seller, Tendrils of Life

“A dystopian adventure, edgy and thought-provoking which raises questions about what we’re doing to our society and planet.
This gritty narrative which is fast paced and full of twists and turns is hard to put down till the end.”- Cid Andrenelli, author of The Burqa Master

“International intrigue, encryptions, and clandestine arrangements tumble together in this action-packed plot as young internet gamers use their skills to investigate who, or what, is behind the catastrophic events happening around the globe, led by this season’s newest, and most brilliant, master-mind – Harry Doubt!” – Emily Hill, author of upcoming paranormal novel Voodoo Vision and award winning, The Ghost Chaser’s Daughter and the Ghost Stories series.

“Doubt is a must-read novel that has depth and substance mashed up with fringe science. If you read no other book this year, this is the one to read!” – Bryan Miller, author of Kyrathaba Rising

“OMGosh! I just finished reading “Doubt”… INCREDIBLE! I couldn’t put it down. Well developed characters with thoroughly explained relationships. Great background info – adds so much to the reader knowing what is going on at all times. Cristal is a great lead. She is strong, smart, beautiful – a brilliant package. The twists and turns and the espionage involving the gamers and the GN kept me on the edge of my seat. The paranormal aspect was something I wasn’t expecting, but was pleased with. The flow/pace was great. The writing was smooth and there were enough ups and downs to keep a reader interested. I’m not sure what to expect next, but know that I can’t wait to read more!” – Lisa W., GoodReads member reviewer

Anne-Rae Vasquez, freelance journalist for Digital Journal, author and filmmaker. Doubt is her latest novel, book 1 of the Among Us Trilogy. She wrote the novel and screenplay for the award winning feature film and web series Almost a Turkish Soap Opera, Salha’s Secrets to Middle Eastern Cooking Cookbook Volume 1, Gathering Dust – a collection of poems, and Teach Yourself Great Web Design in a Week, published by Sams.net (a division of Macmillan Publishing). Almost a Turkish Soap Opera is her feature screenplay and film directorial debut.

Among Us series is about a group of outcasts (online gamers and formerly child prodigies) who band together to investigate who or what is behind the catastrophic events happening around the world. Harry Doubt, a genius and talented programmer, brings his gaming friends into undercover missions in Israel, Palestine, and the USA to uncover the truth. Little does he know that the forces they are up against are bigger than what he or his friends can imagine. Spiritual forces both evil and good, but what are they and what is their purpose?